Stafford Shakespeare is produced by Stafford Gatehouse Theatre, which lies in the heart of Stafford town centre. The event is one of the highlights of the theatre’s production year.

The production was established in 1991, and has since been performed annually against the dramatic backdrop of Stafford Castle. The performances have covered a vast range of The Bard’s work, including romances, tragedies, comedies and histories. The event’s reputation has grown dramatically in recent years, attracting many accomplished and respected actors. Over the last 28 years Stafford Festival Shakespeare has welcomed a stellar cast including John Challis, Leila Birch, Matthew Kelly, Eric Potts, Toyah Willcox, Kristian Schmid, Rula Lenska, Scarlett Johnson, Sarah Hadland and Stephen Beckett to name a few. Audiences have grown too, from 3,776 people in its opening year to its present capacity. They have come to expect a creative and entertaining drama, designed to make Shakespeare accessible and enjoyable to all. Many visitors turn the event into a family outing, complete with picnics in the castle grounds. 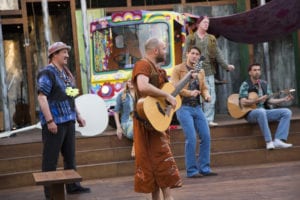 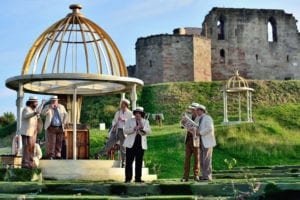 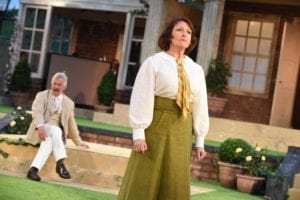