On July 18, 1953, Presley first walked through the doors of the Memphis Recording Service at the Sun Record Company, now commonly known as Sun Records, paid $3.98 and recorded a double-sided demo acetate, ‘My Happiness’ and ‘That's When Your Heartaches Begin’. The rest became Rock’n’Roll history!

The distinctive sound we know and love today was crafted from gospel, blues, hillbilly, country, boogie and western swing by musical visionary Sam Phillips. From his trailblazing Memphis studio, Sam Phillips brought us That's Alright Mama, Great Balls of Fire, I Walk the Line, Whole Lotta Shakin', Bear Cat, Blue Suede Shoes, Good Rockin' Tonight. . . among hundreds of hits that would influence the world of music for generations to come. Sam transcended musical and racial barriers and under his guidance, the 'Sun Sound' was born.

Featuring musical instruments of the era, starring a multi-talented cast of singers and a supporting cast of amazing musicians, the sound of Sun is brought to life live on stage in the official concert show that takes you back to the birthplace of rock'n'roll.

"The only show officially endorsed by Sun Records"

"From the record label that invented rock 'n' roll" 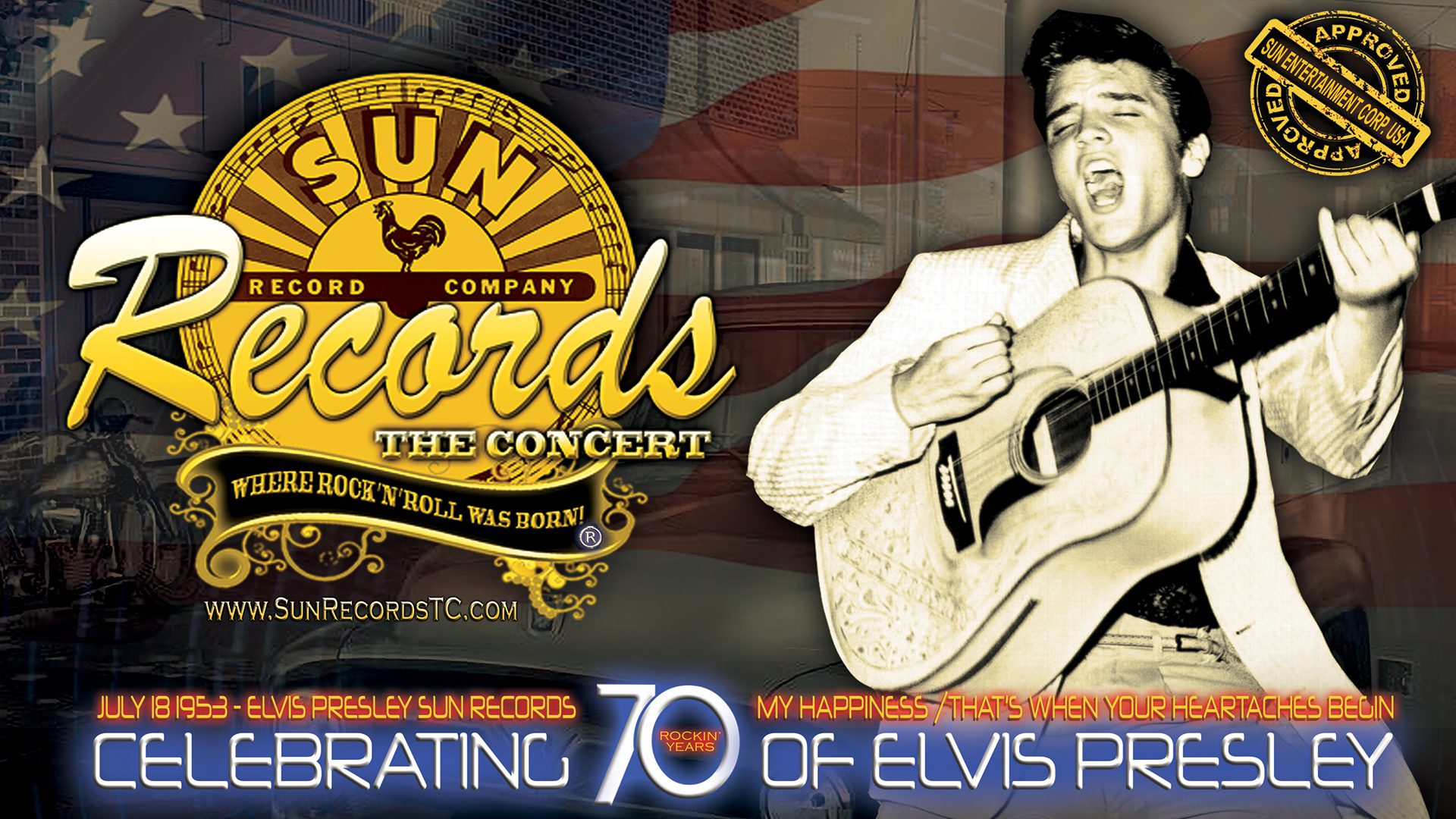